A mixed-use project in the Uptown neighborhood with views towards the Space Needle and downtown Seattle. The building features two exterior expressions separated between a residential courtyard. 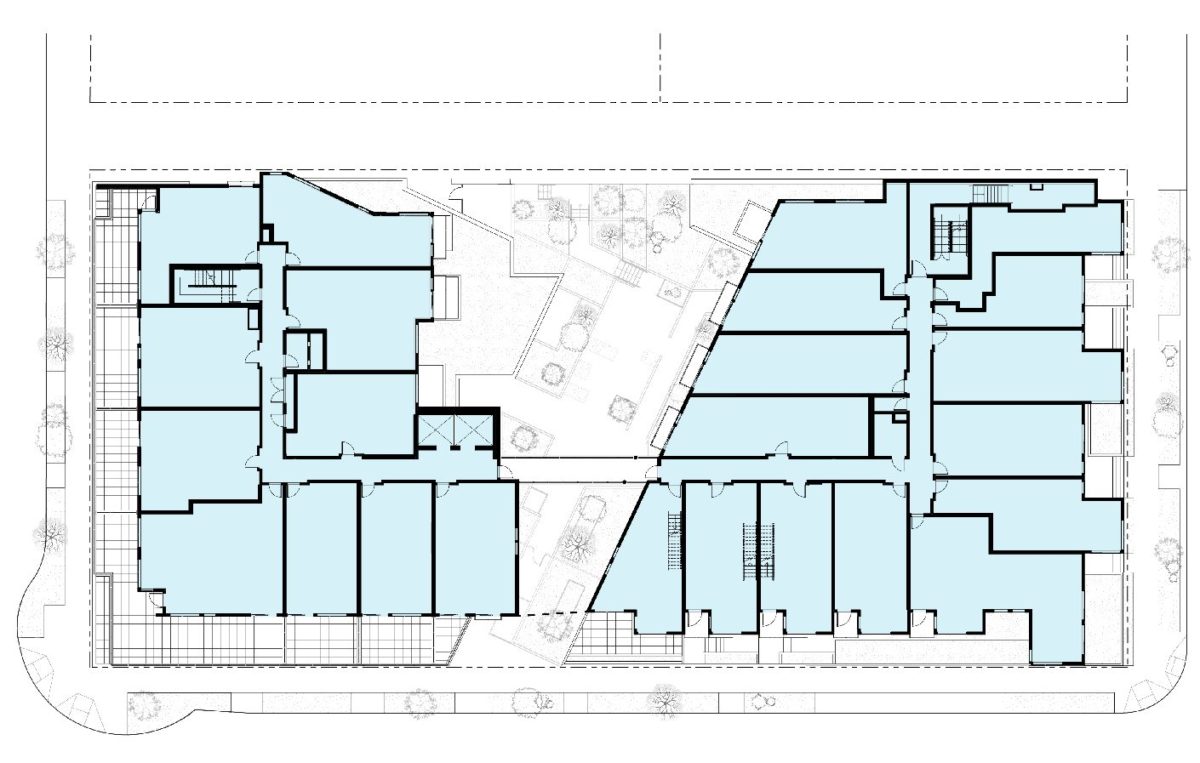 The architectural concept is a response to the differences in urban conditions north and south of the site. Horizontal concrete planks reflect the residential character of Queen Anne to the north, while a concrete frame reflects the institutional qualities of the Seattle Center and Gates Foundation to the south.

The Leeann expresses the neighborhood’s divide by separating the building into two halves surrounded by a courtyard. The south half is expressed as an exposed concrete frame with glass infill at the lower levels. A retail space engages the street corner. 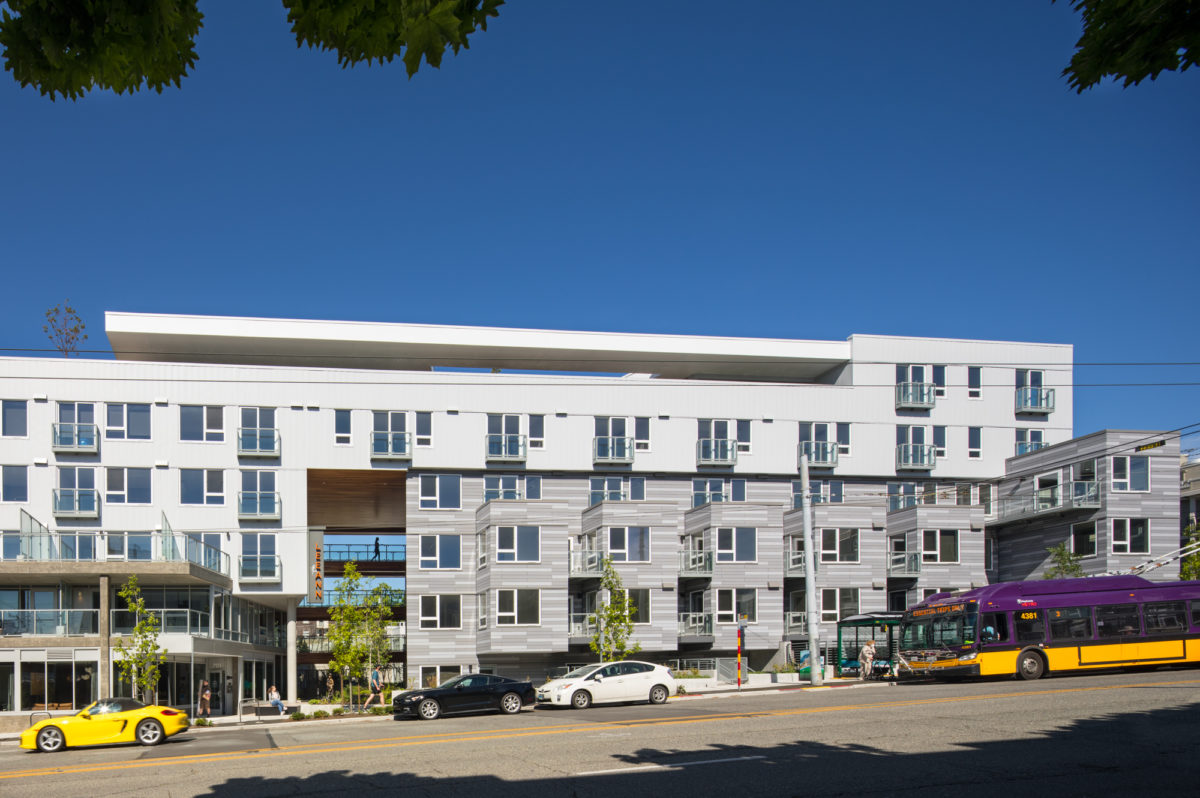 South is civic and institutional in nature. Nearby is the Seattle Center, Mercer Arena and the Bill and Melinda Gates Foundation, which front Mercer Street, a major east/west connector for the city. North of the site quickly becomes smaller in scale, quieter and residential in character. 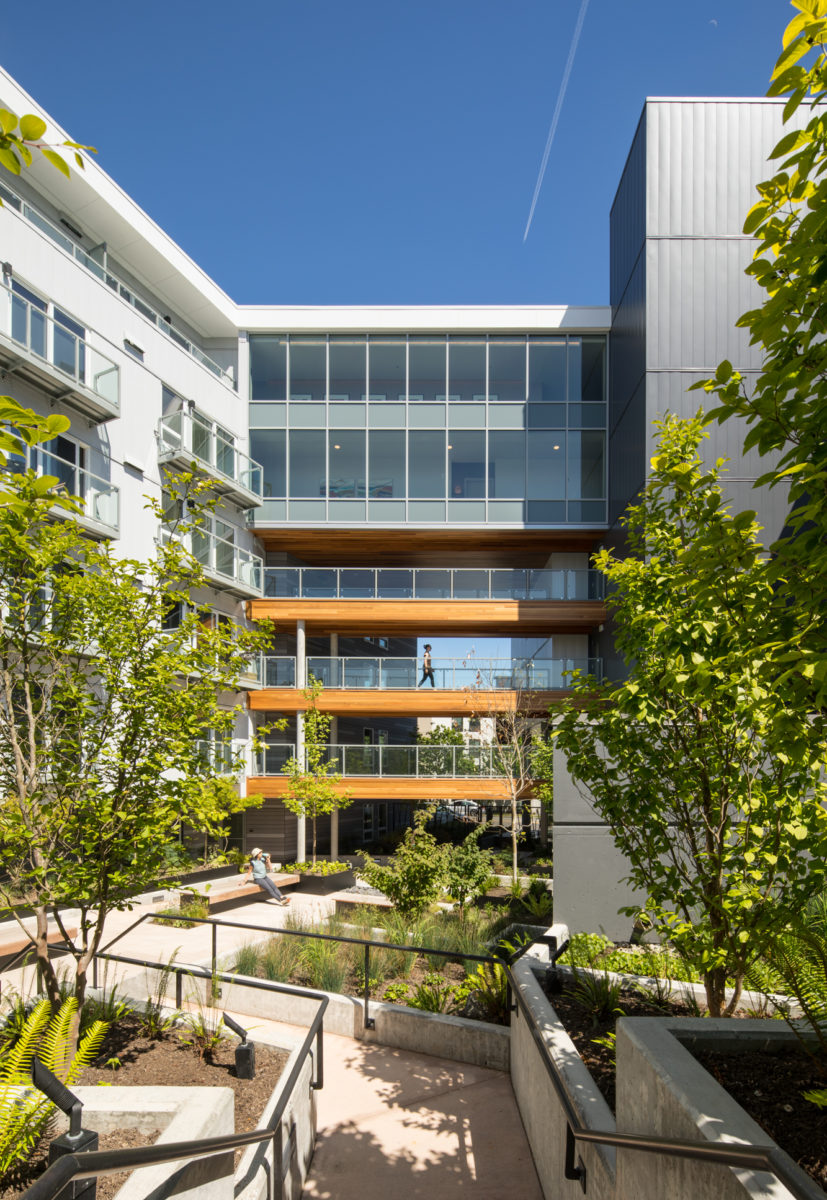 At the division of the two halves exists a 4-story high opening leading into the courtyard. The opening overhead is animated with internal corridors becoming external bridges and capped at the upper-level apartments.

To the north, a smaller scale is introduced with a series of bays clad in concrete planks in a variety of tones to mimic the neighboring brick apartment buildings. To complete the composition, a long horizontal brow hovers over the rooftop amenity spaces. Like the opening to the courtyard at the street level, an opening was made in the floating roofline to create a curated view of the Space Needle to the south. 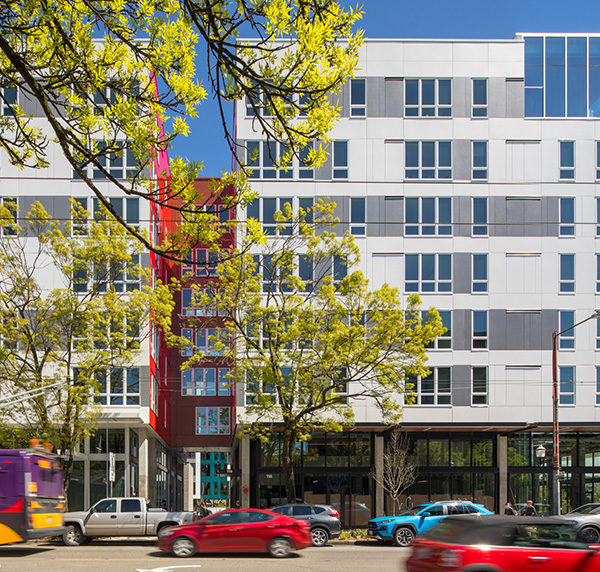 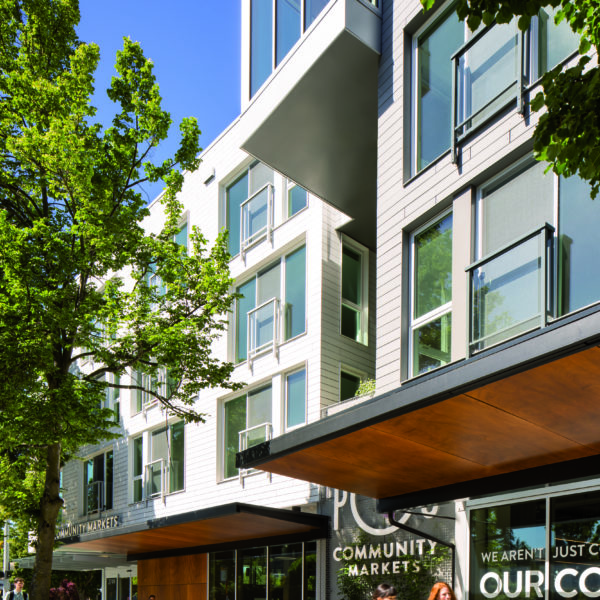 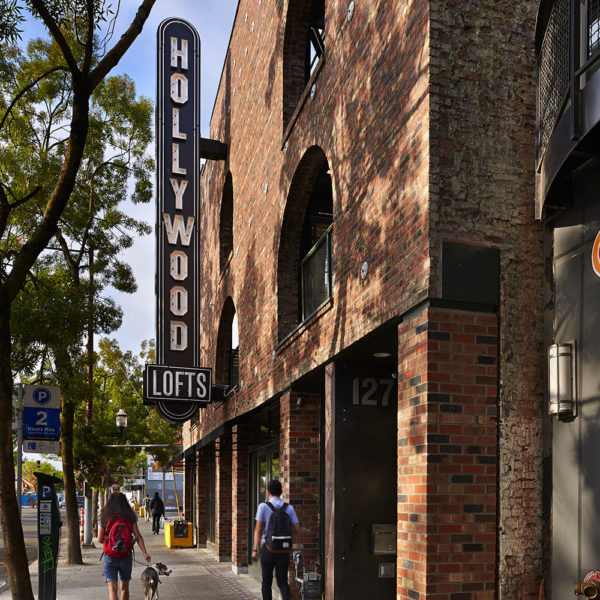