Verve is a 14-story, high-rise apartment community located at the edge of the Belltown Neighborhood, adjacent to Tilikum Place. The irregular shaped site on Denny Way is surrounded by a diversity of buildings in scale, uses and character. 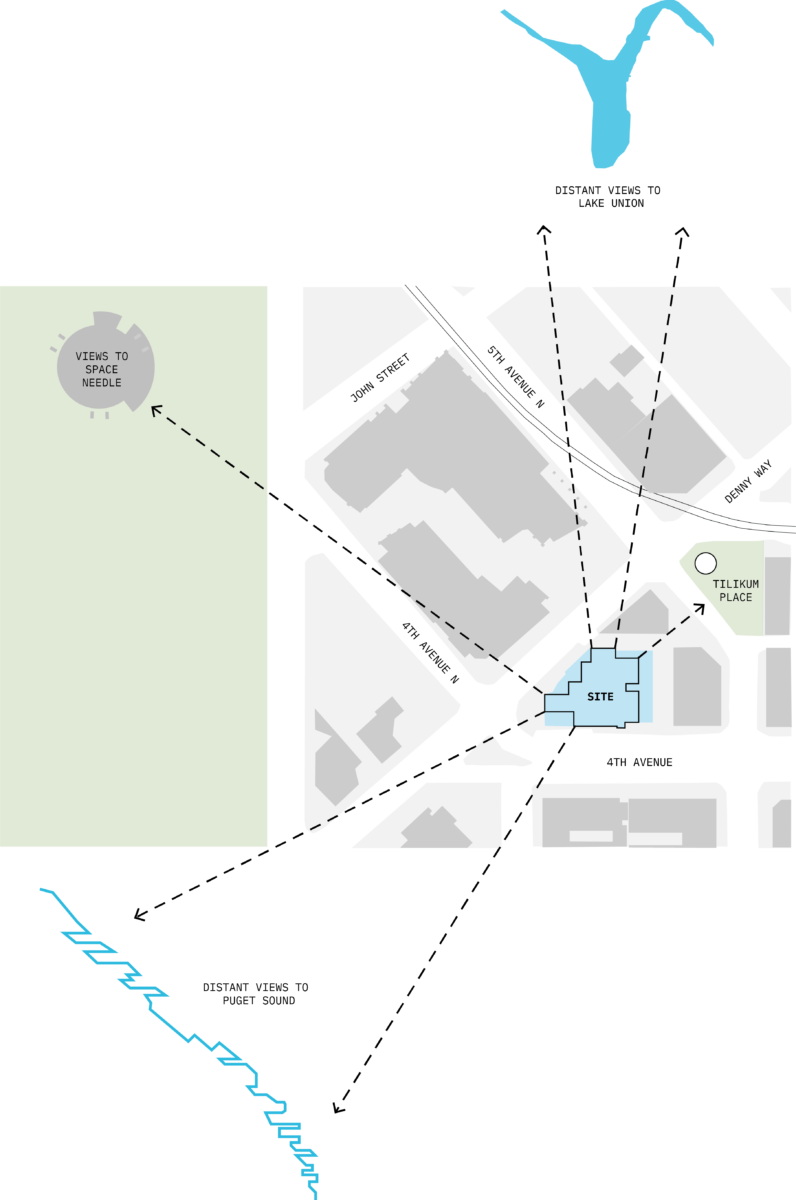 Verve is located at the north edge of the Belltown neighborhood on an irregular shaped block formed from the street grid shifts following the Elliot Bay shoreline to the cardinal points, north of Denny Way.  This location offered a variety of vantage points to notable landmarks such as the Space Needle and the natural features of the Pacific Northwest. The basic concept of the project was to use the irregular block geometry as an opportunity to position the homes to connect with the broader environment. 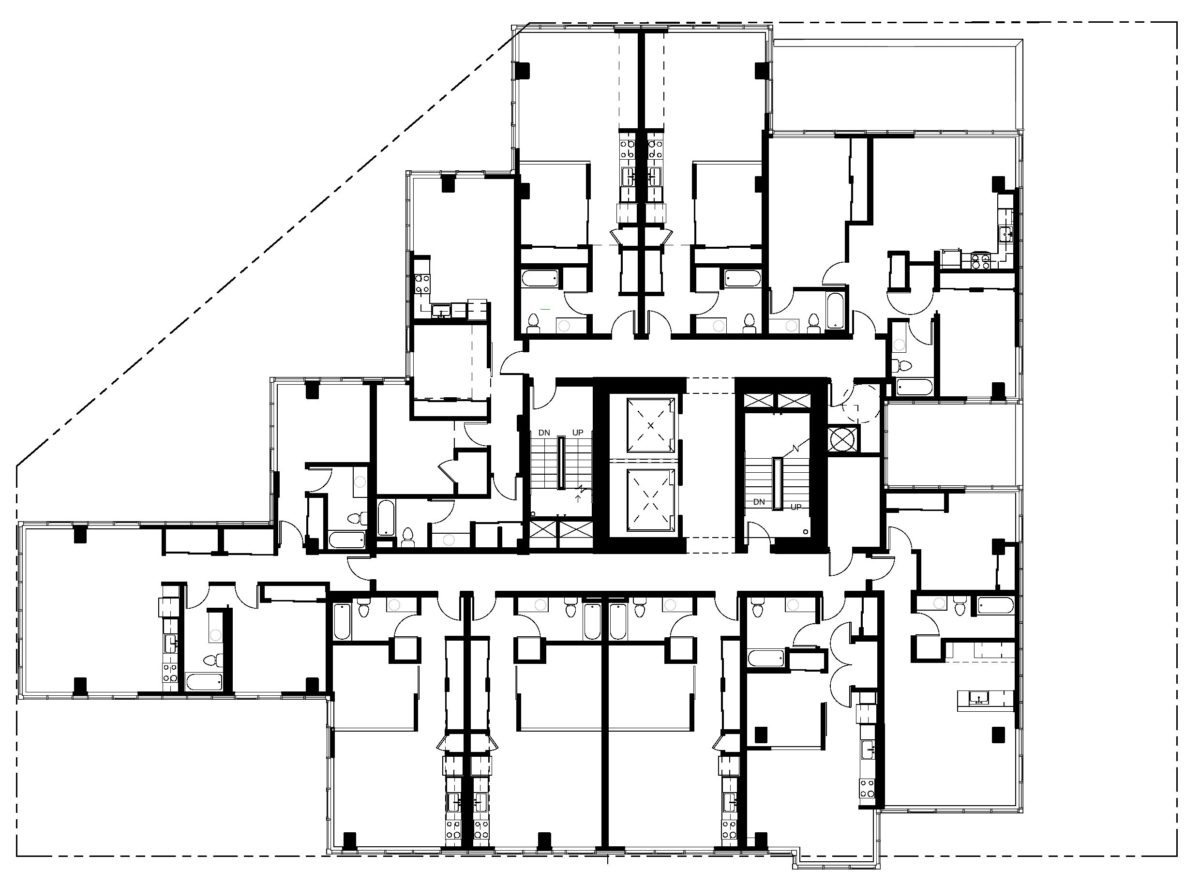 The plan arrangement pinwheels around a central core. It is oriented with the Belltown street grid to the south. This provided regular unit configurations to be oblique to the street grid north of the site allowing for diagonal, territorial views to Elliot Bay, Lake Union and the Seattle Center.

The massing strategy of Verve considered the local, urban context and two different scales adjacent to the site. The first being larger and civic in character to the north at the Seattle Center and a second small scale “mini neighborhood” to the southeast at Tilikum Place. Tall, slender bays to the north of the site aligned with the larger context, while then stepping downward to transition to the single-story structures at Tilikum Place. 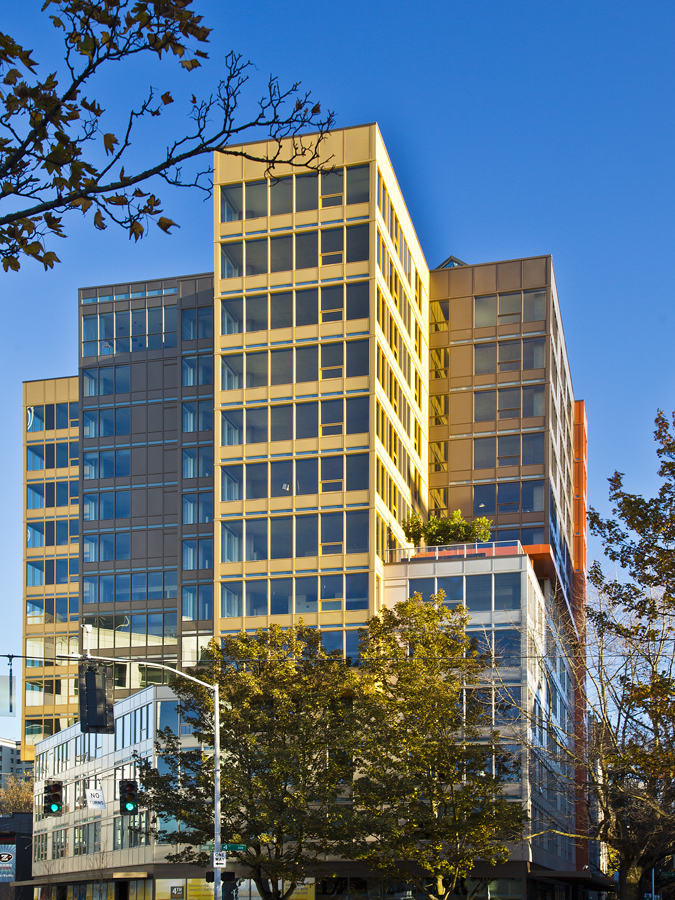 The color of the window wall cladding was thought of as several objects sitting on a base like a still-life setting.  The character of the neighborhood offered design cues for the facades. They reflect the pedestrian experience under the cast shadows under mature street trees along 4th Avenue and the warm vibrancy of the commercial activities lining Tilikum Place. Darker, background facades offset the warm, foreground portions such as the tall bays set obliquely along Denny Way. 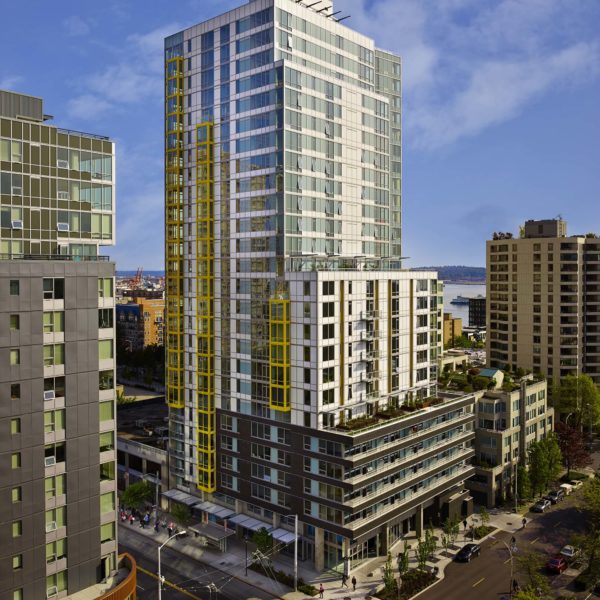 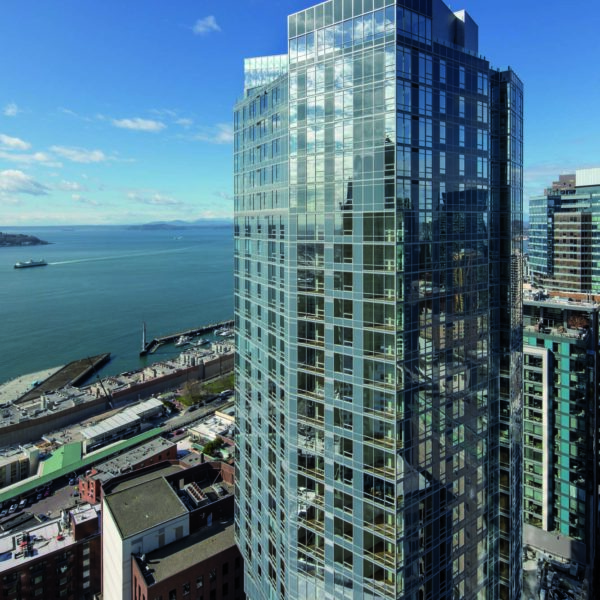 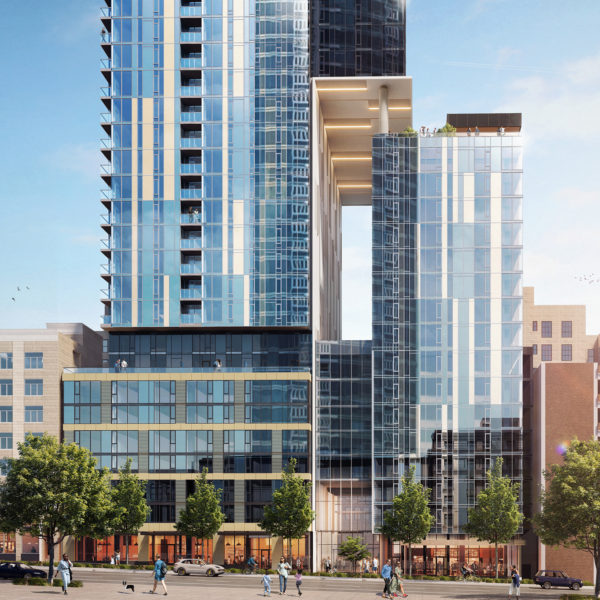