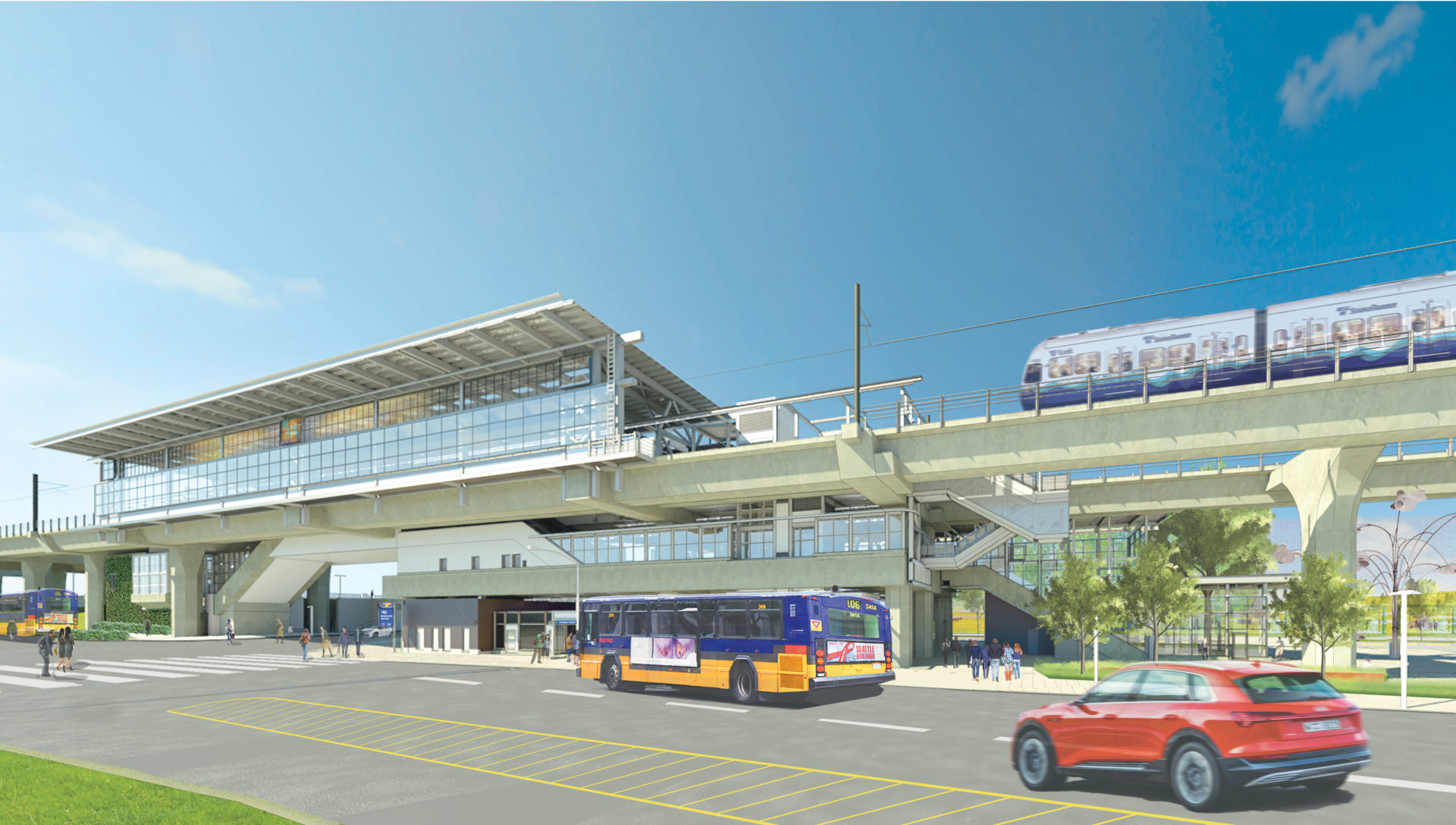 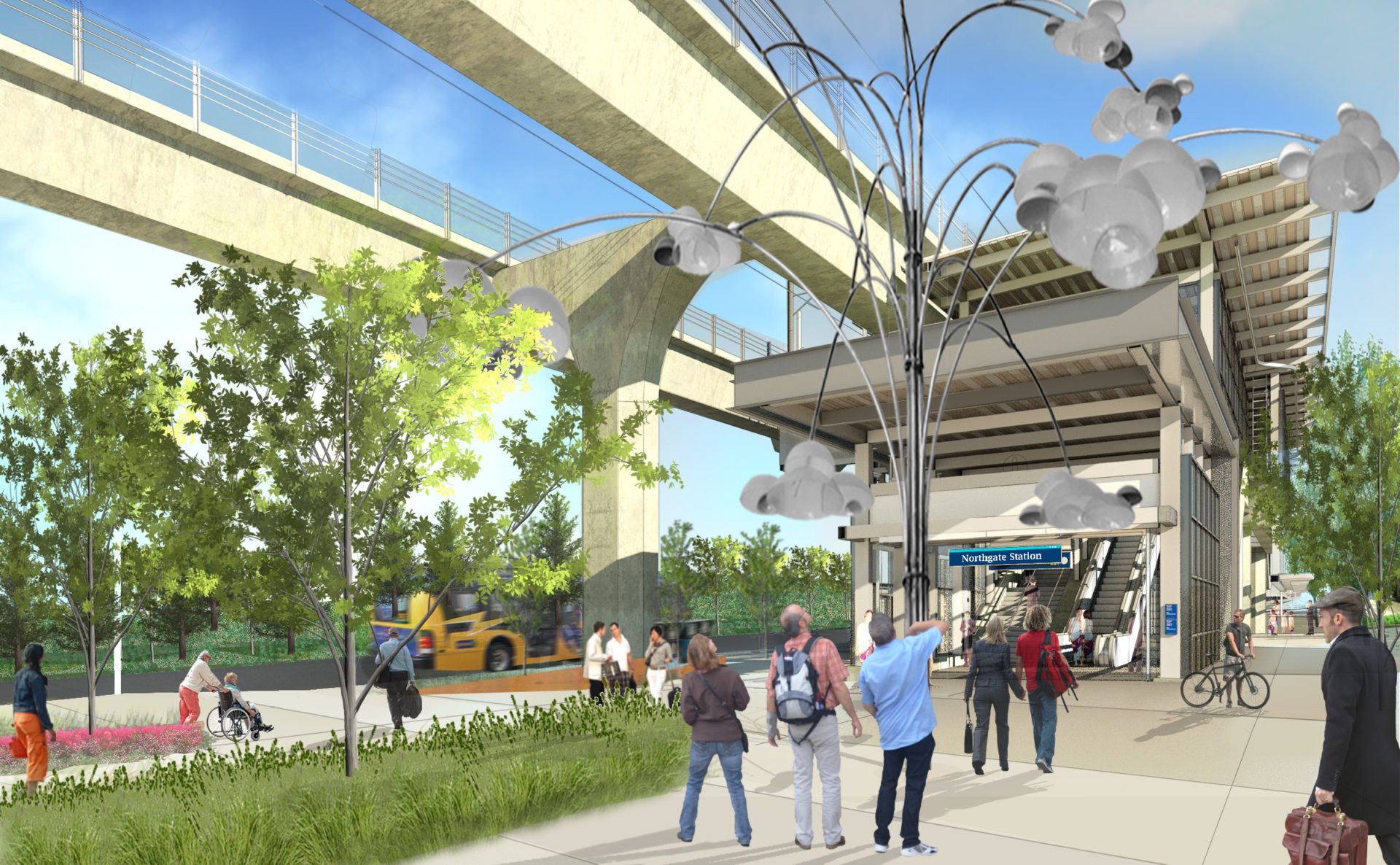 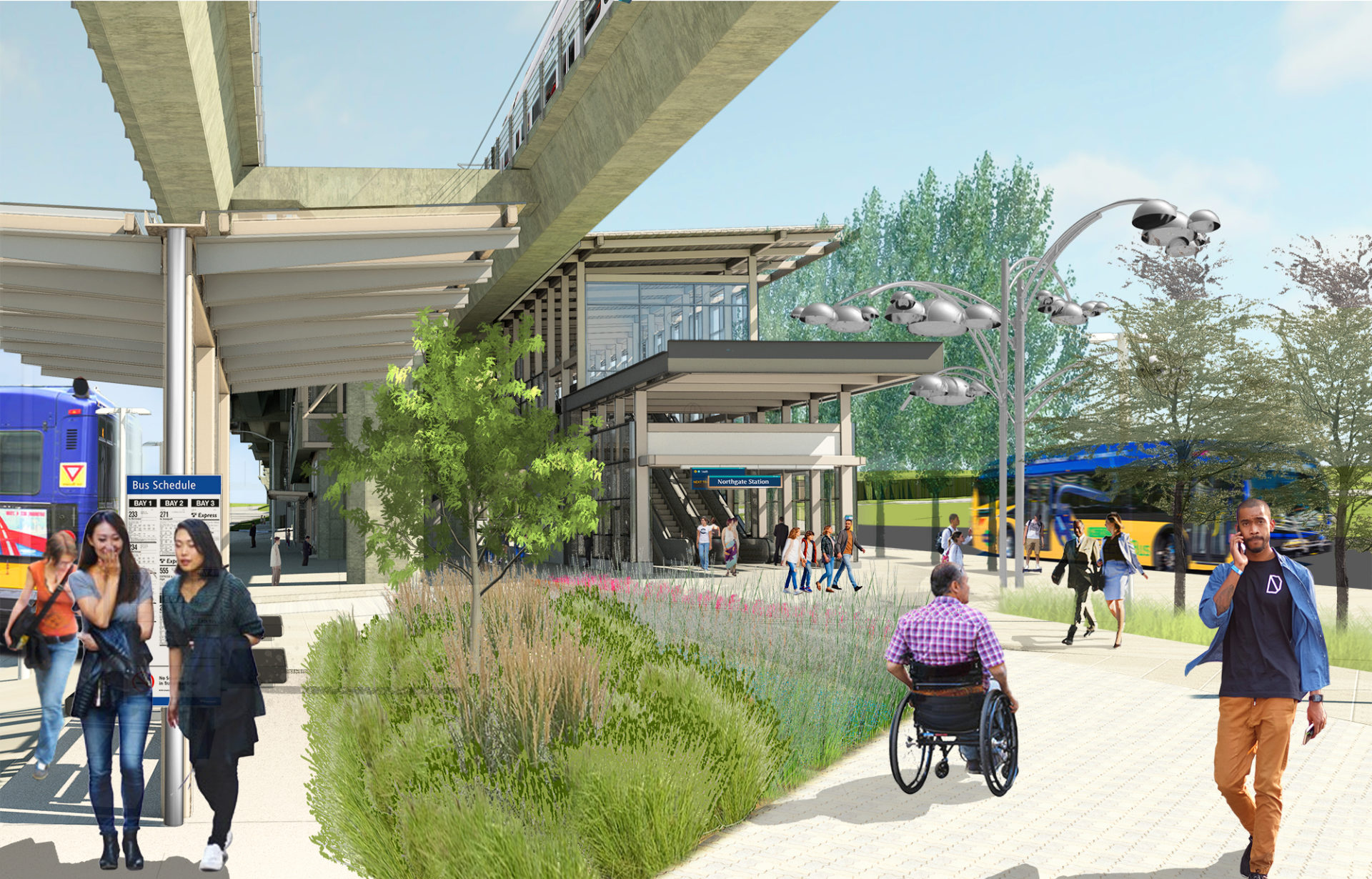 Sound Transit’s extension of light rail service to the north connects several major urban centers to downtown Seattle and greatly increases capacity in a high ridership transit corridor. Northgate Station, an interim terminus station in the Northgate Link System, is centered at the area’s transportation hub. The station is immediately adjacent to a robust commercial center surrounded by multifamily homes. 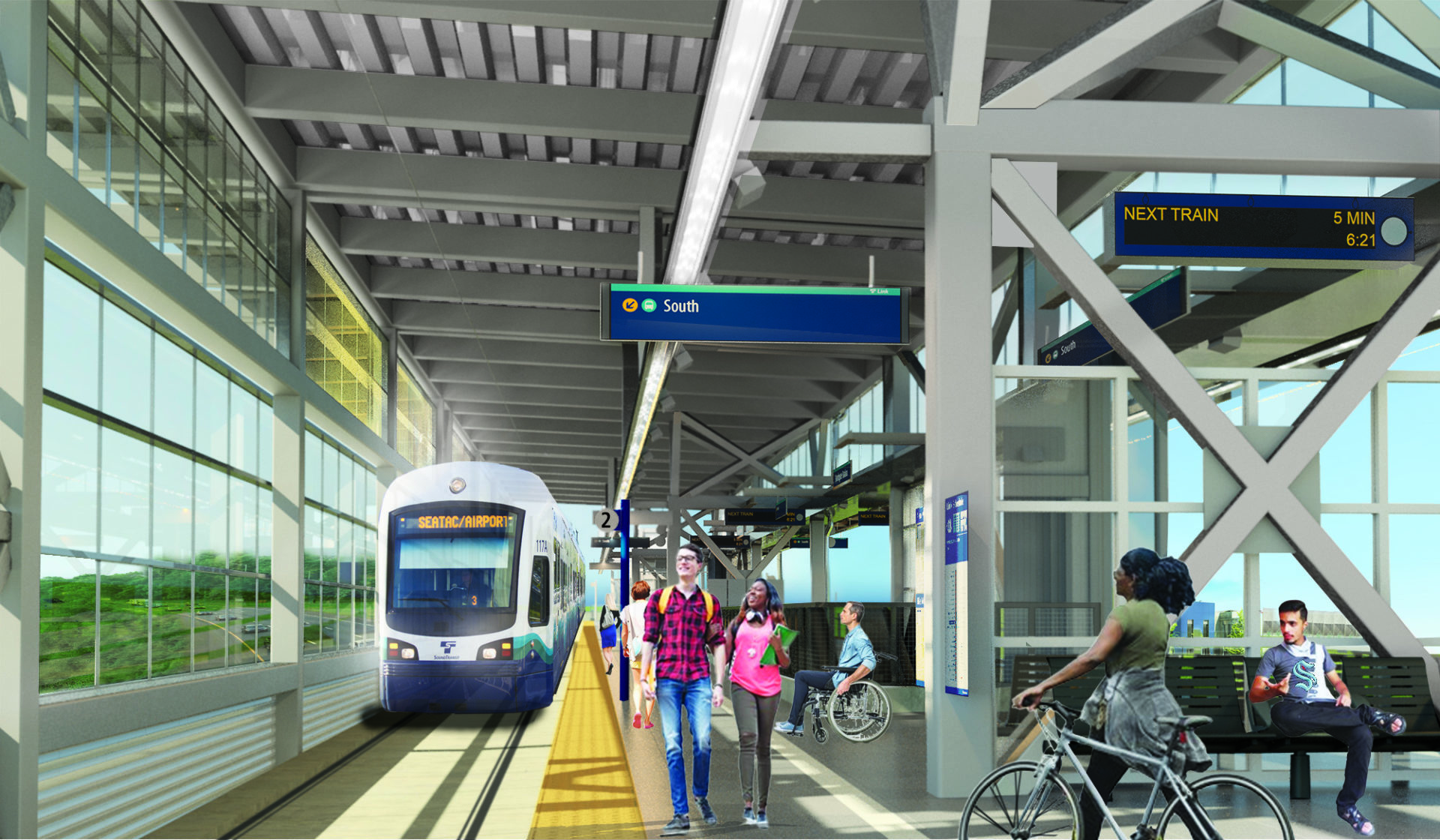 The station knits together various modalities, including bus, bicycles, and pedestrians. The bus transit program is designed as a transit island with bus drop-off and pick-up zones directly adjacent to the light rail station. This provides an optimal and clear connection between bus and rail. Paratransit vehicles are sited with a line of sight to the station entrance to facilitate wayfinding. 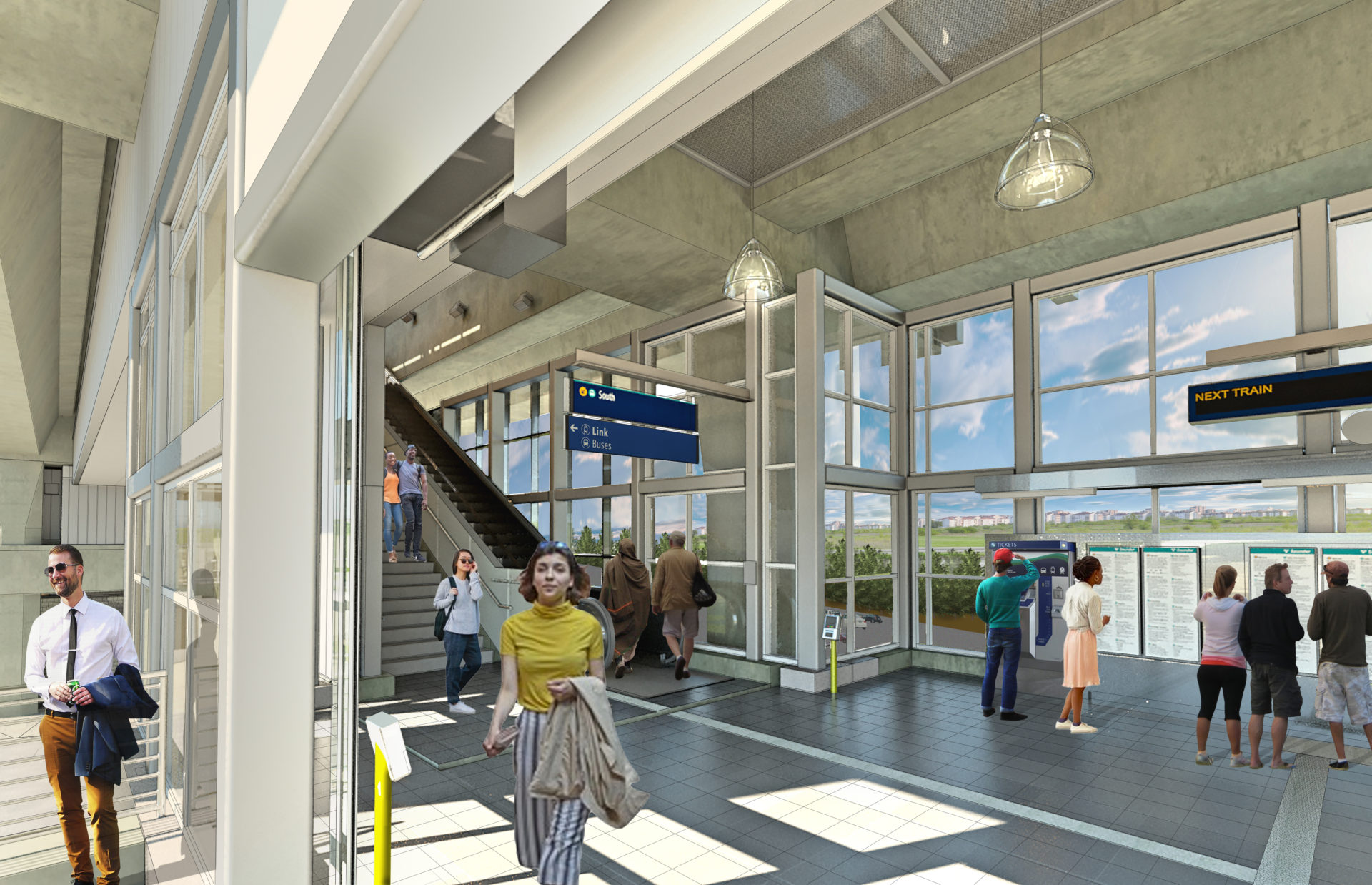 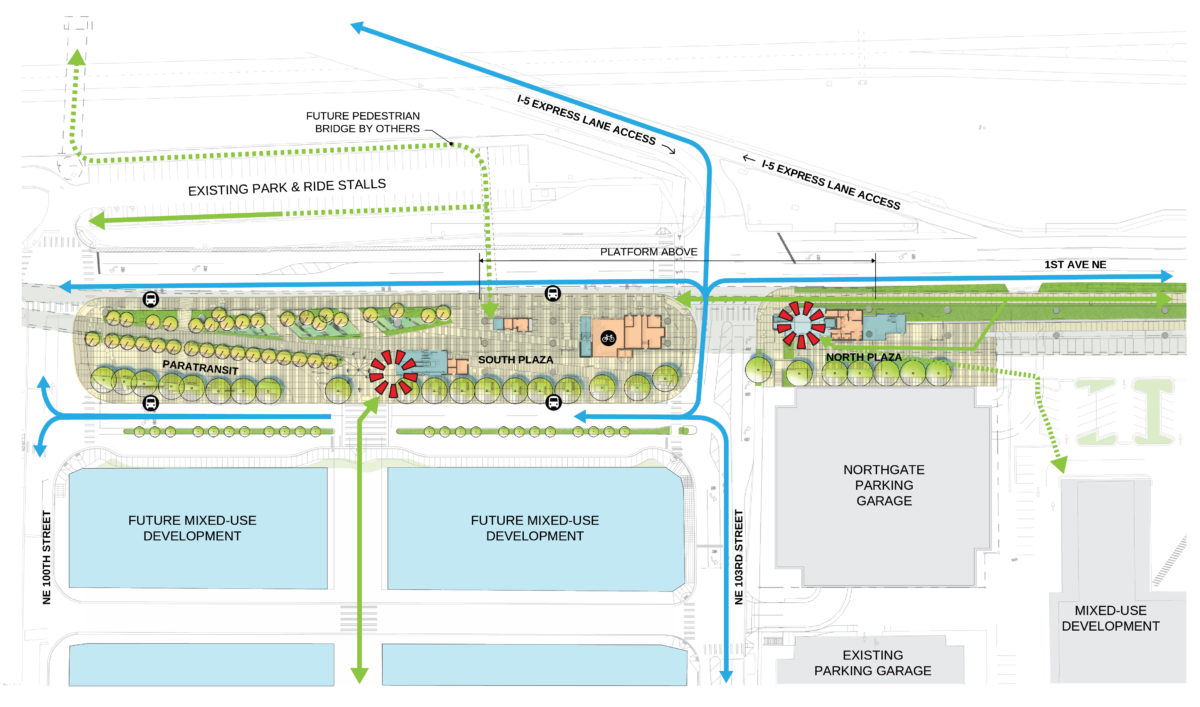 The Seattle Department of Transportation pedestrian bridge that connects the neighborhood west of I-5, including the North Seattle College, is integrated into the station design. This gives patrons direct access to the station mezzanine. 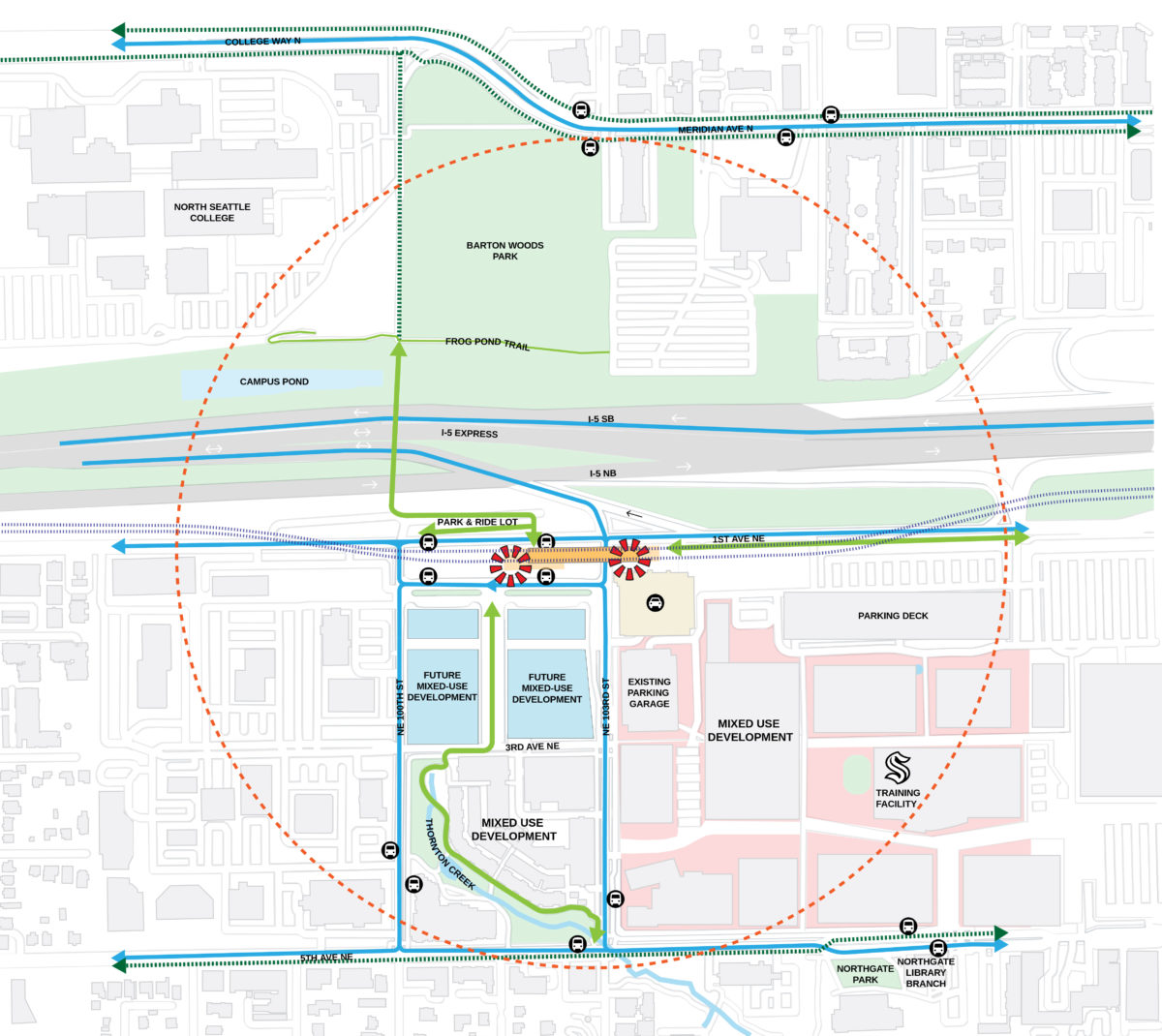 The station architecture was conceived as an intervention to the elevated train structure system by incorporating the trainway as part of the station building. A large cantilevered roof appears to float above the station platform and trainway, giving the station its visual identity. The west side of the station cantilevers over 1st Ave NE to optimize transit oriented development at the King County Metro site to the east.

Circulation Paths from surface to the station platform are organized to be intuitive and provide clear access to patrons. The stations serves as a gateway to the Northgate neighborhood and community. 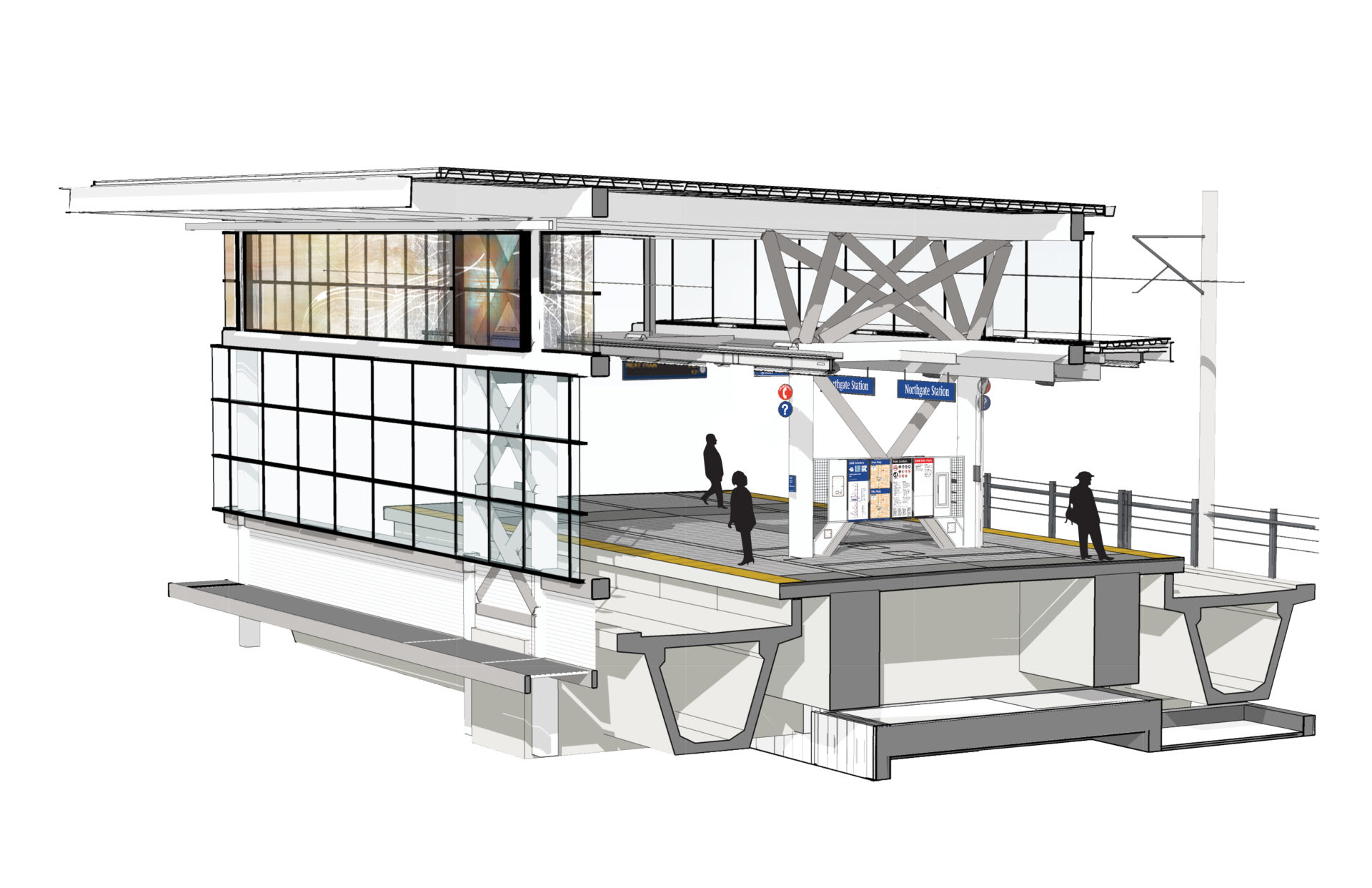 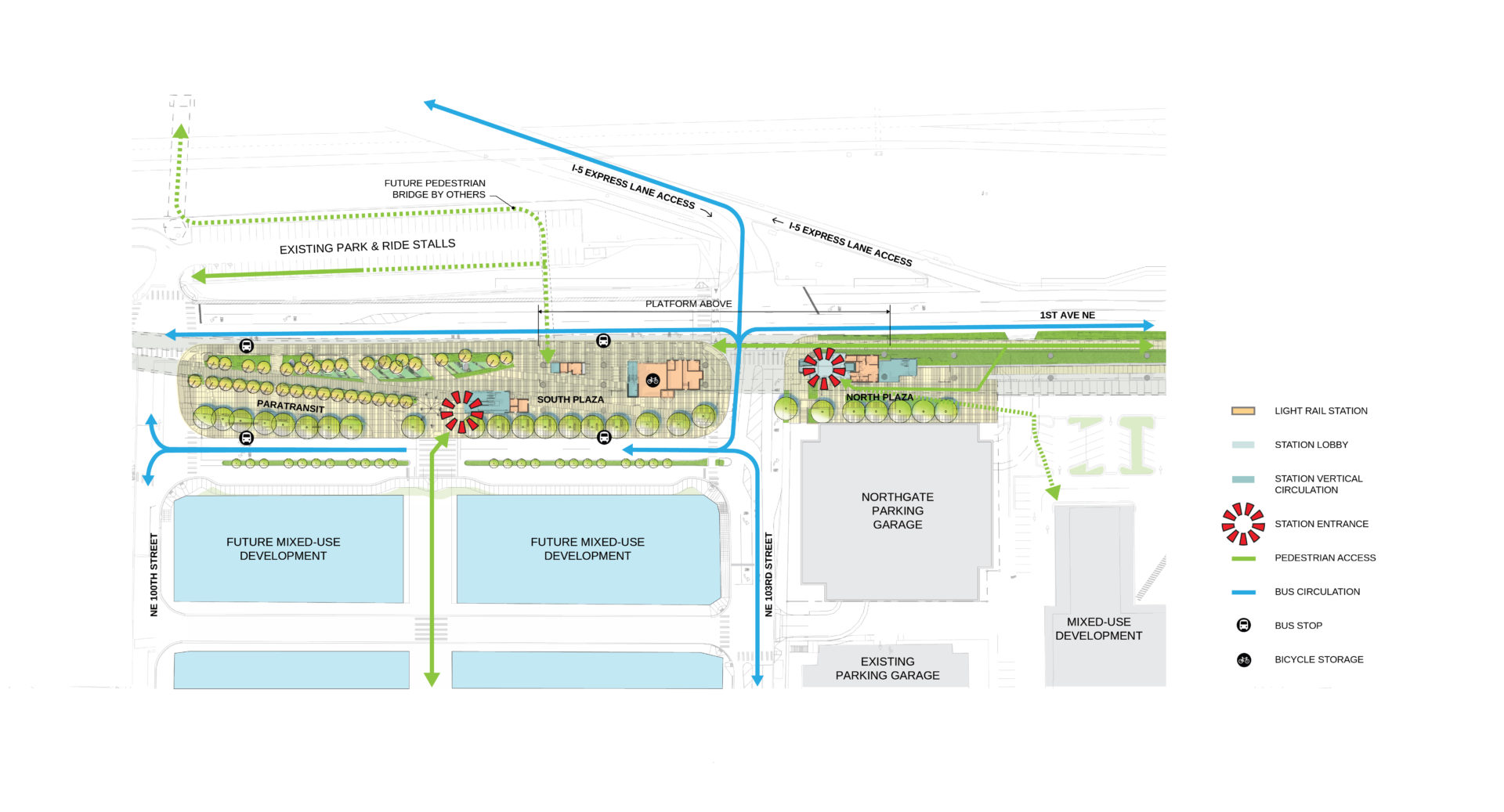 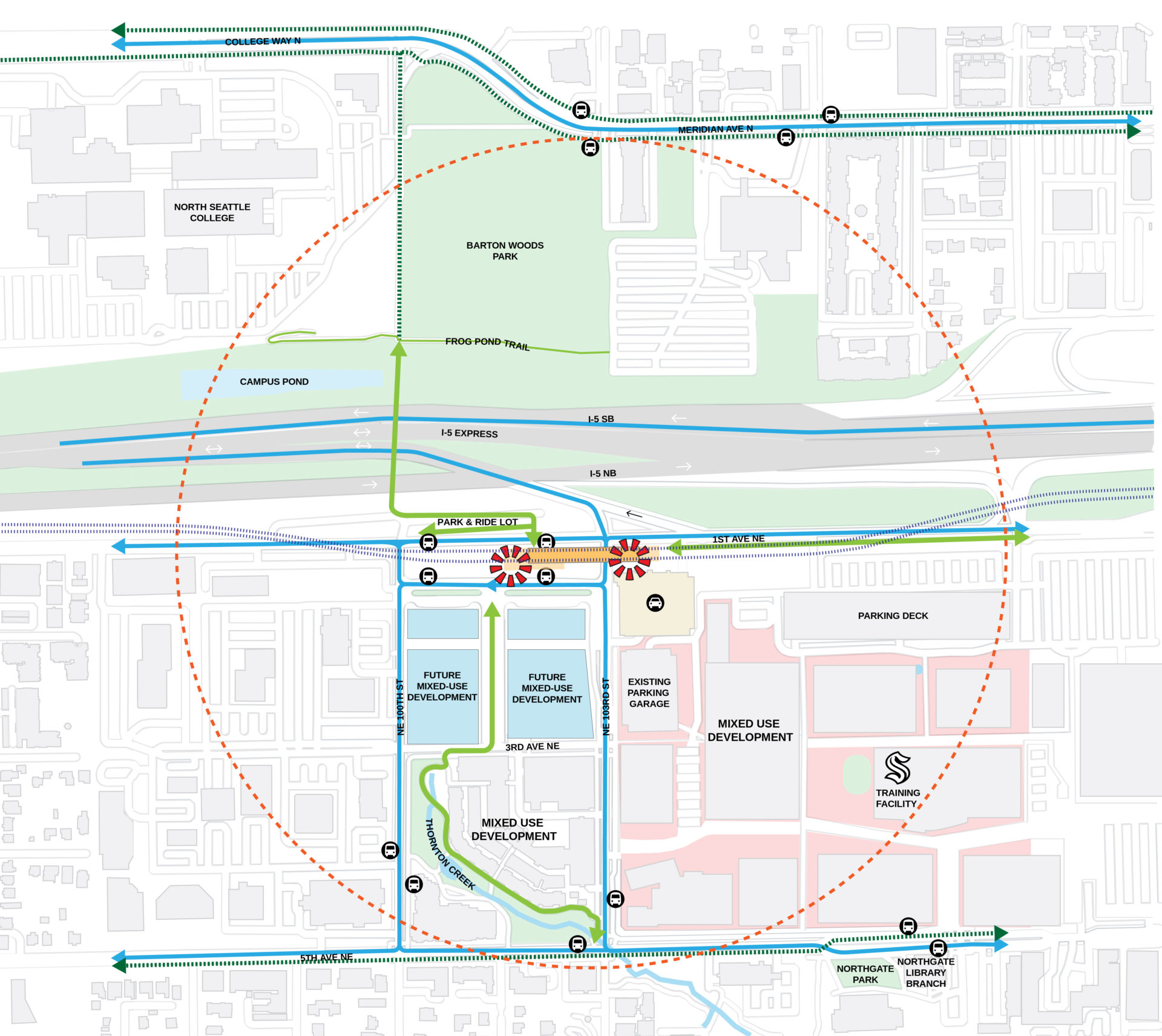 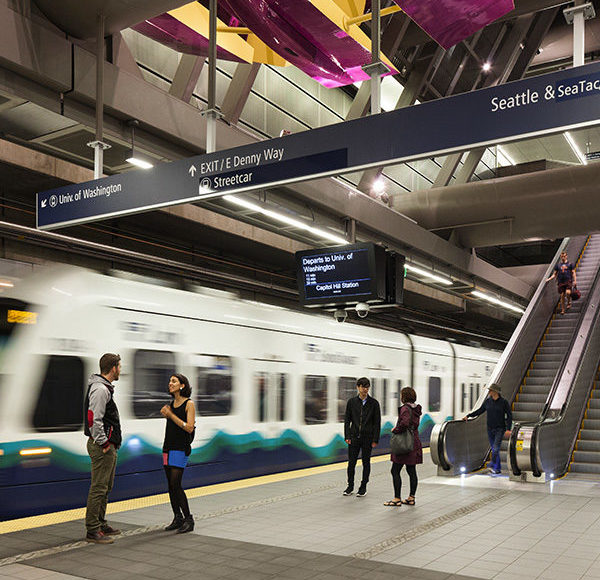 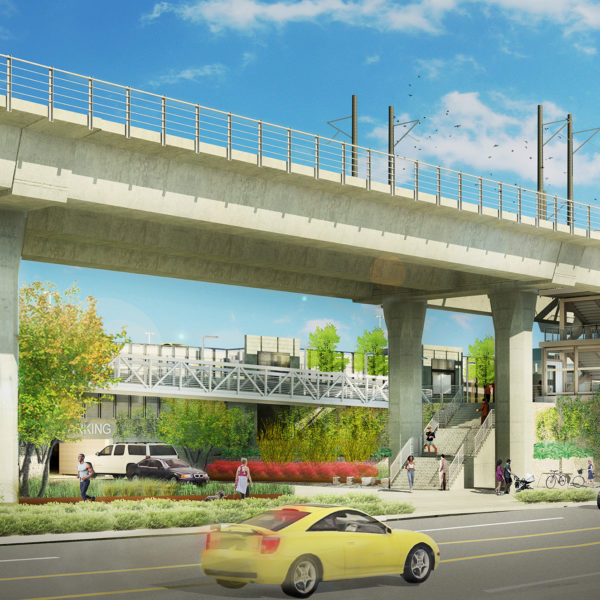