Downtown Redmond Station is one of three Redmond stations connecting the technology-focused city to the surrounding communities. 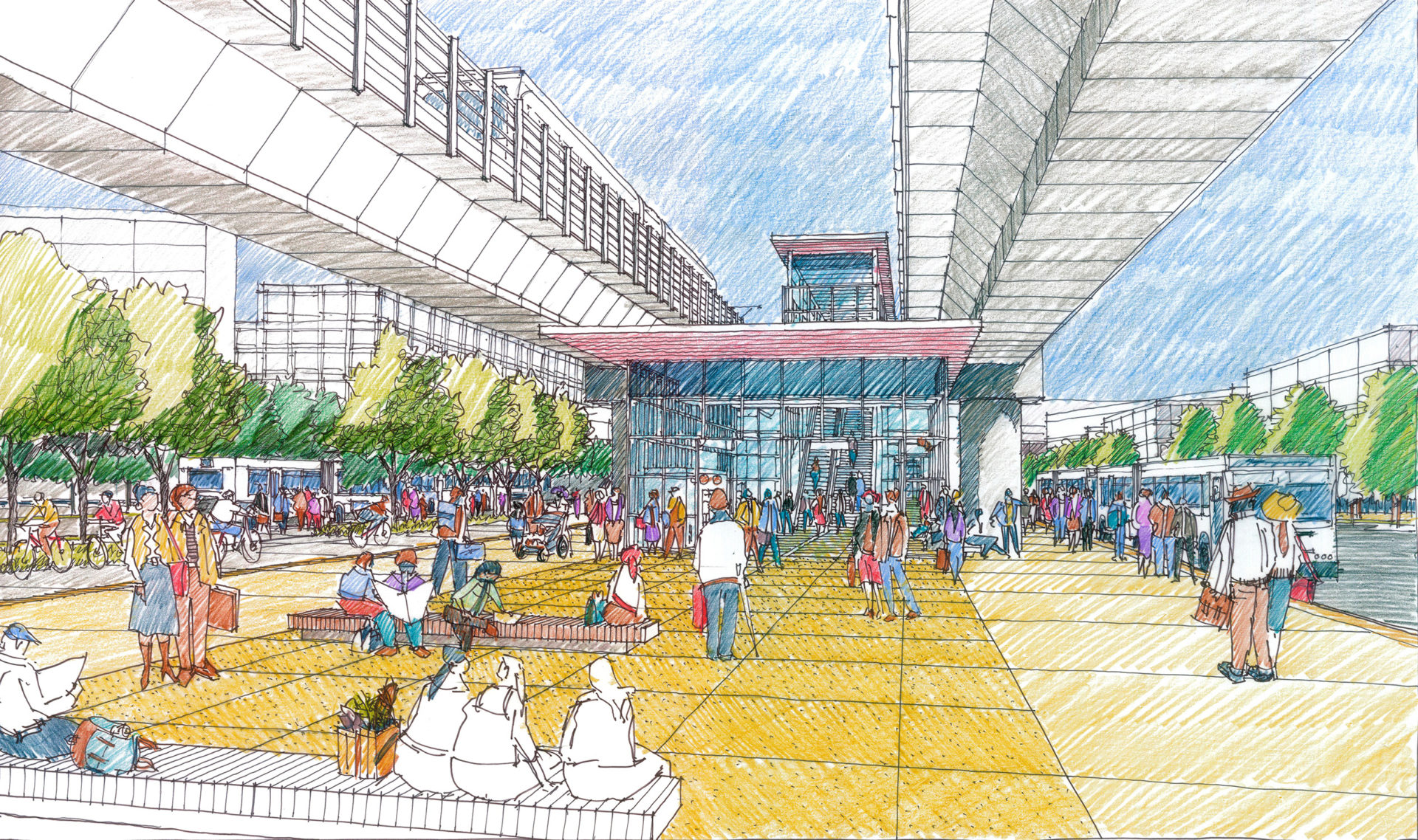 The Downtown Redmond station entrances, enclosed in glass, act as beacons to the neighborhood welcoming patrons to the station and connecting riders to Bellevue, Seattle, and beyond. A large plaza has been created at the west station entrance, providing a future gathering space for the city and community. This civic gathering space includes an integrated art program to liven up the plaza.

The Redmond Connector Trail is relocated to the north in order to allow for the station entrances to be conveniently located while providing safe pedestrian and bicycle trail connections to a regional trail network spanning 42 miles once completed. Safe crossing of 166th Street is provided from the trail to allow for pedestrians and cyclists to have a seamless transition and direct access to light rail stations, buses, and paratransit.

Wayfinding and security are paramount to the station layout. Large, clear signage assists users in navigating the station. The platform design is open, enhancing visibility throughout the platform for increased safety. 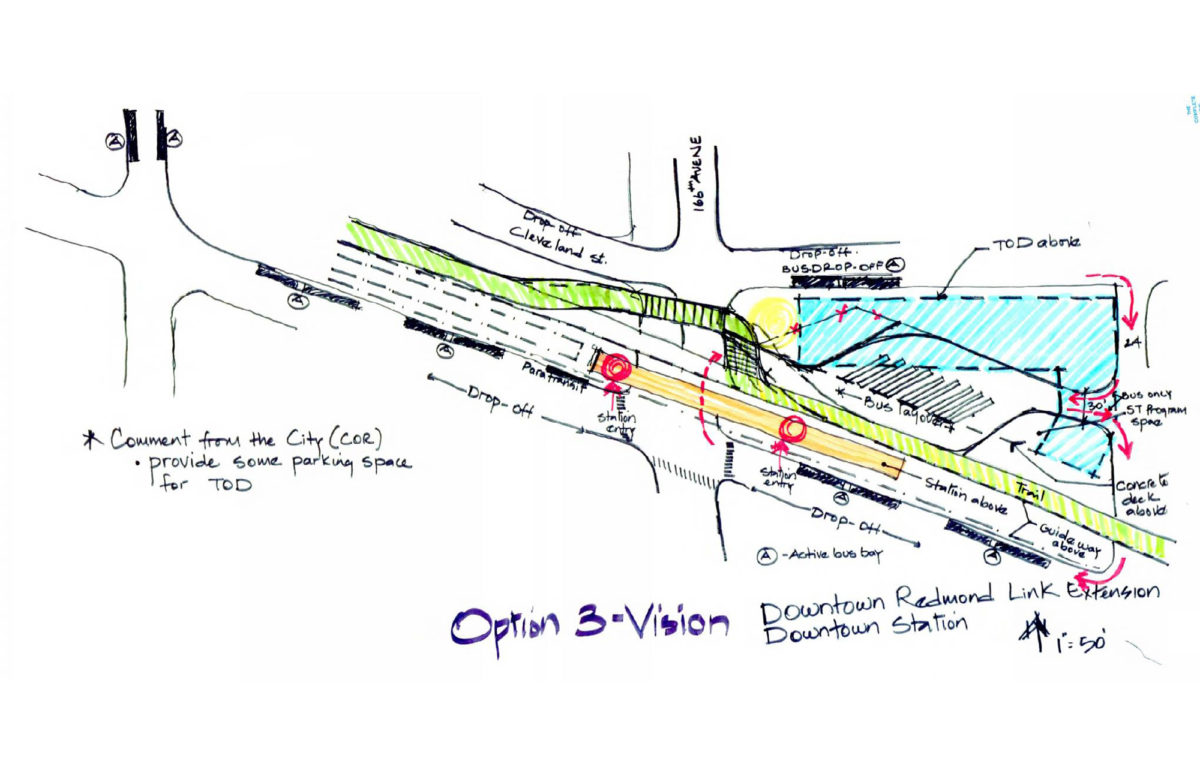 Community charrettes were critical to ensuring that all voices were heard during the early design and planning process. The interaction between all modes of travel was a priority in the discussion between stakeholders, and resulted in a well-orchestrated plan for bus circulation, station access, bicycle and pedestrian circulation. 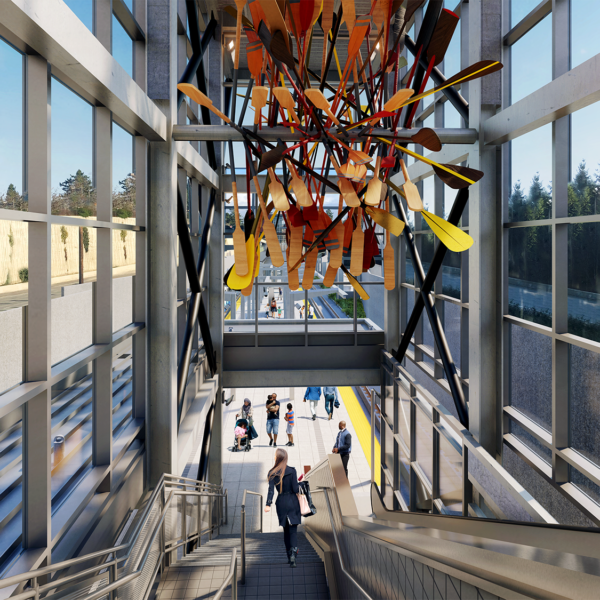