222 Dexter’s design concept is rooted in an idea that the tower operates at two scales and with two expressions. It responds to the streetscape at a human scale while connecting with a larger, more distant context. 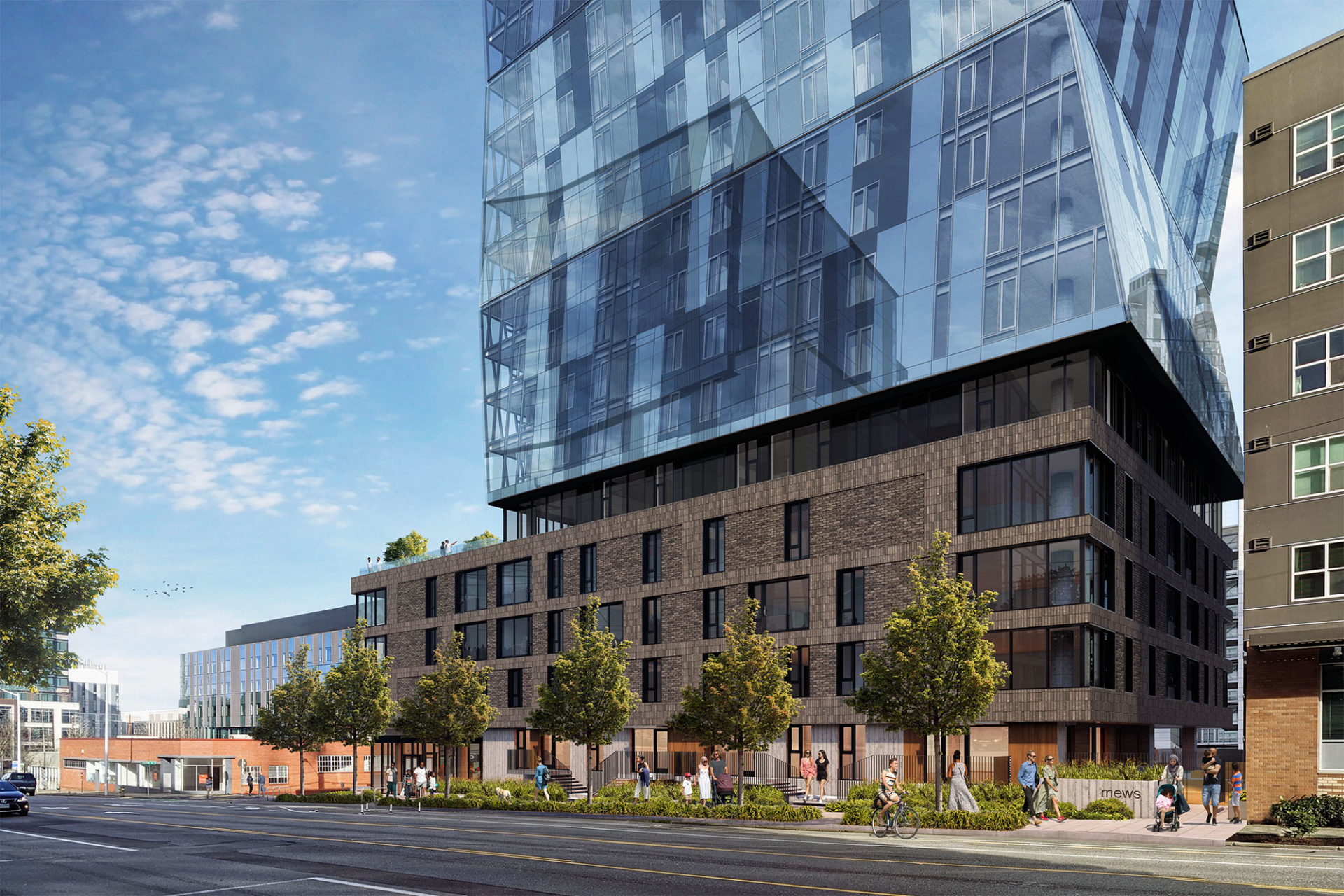 222 Dexter’s design is rooted in the notion that the landscape environments, similar to the building itself, operate at two scales and with two expressions. The podium and the street level open spaces are grounded in character and focus their heft on being a calm and contributory neighbor.  The tower and its rooftop terrace are of the sky, connecting with a larger, more distant context.

The streetscape is rhythmic, with Thomas Street adding new seating opportunities and a cleverly composed entry sequence to the green street.  Dexter Avenue breaks down the long frontage into digestible bites with open spaces for retail and play bookending crafted stoops hovering over bioretention.

The podium open space is a series of three flexible rooms, a western social room spilling out from the interior amenity room and an eastern active room connected to the fitness room, separated by a lush garden room.

The rooftop space is detailed to accentuate feeling up in the sky, from light toned finishes to a grassy plant palette accented with light flowers meant to glow in the late day sun. 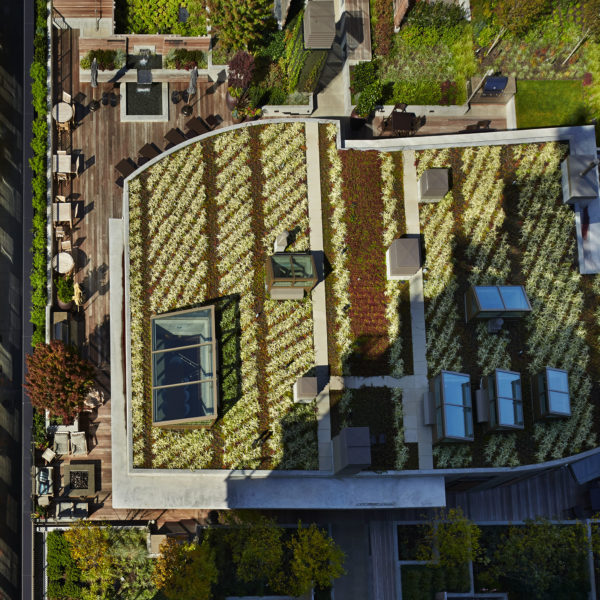 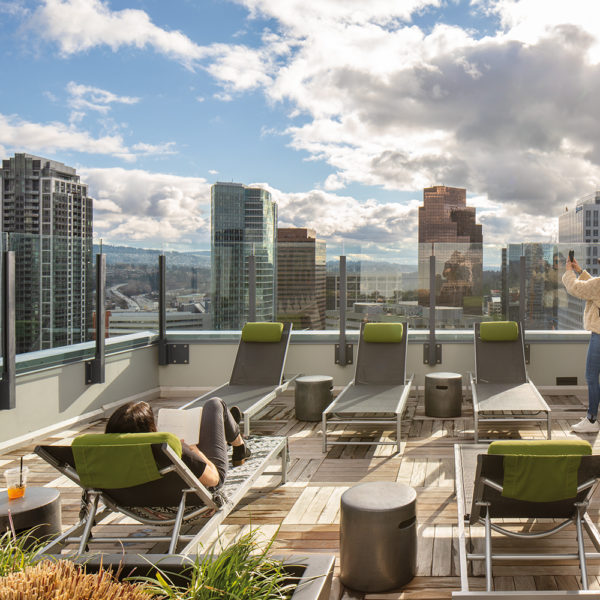 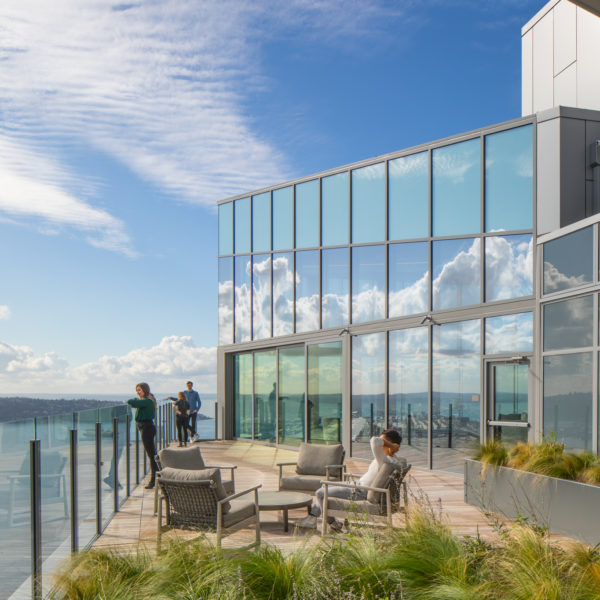